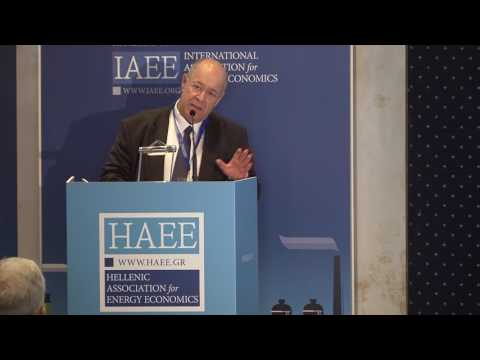 In last months one can read three important reports about  influence of  “Clean Energy Package” proposed by European Commission for situation of energy sector in Europe, especially in Poland where situation is especially difficult. As we can read in forecasts prepared by Polish TSO for ENTSO-E, Poland will have problems with the capacity adequacy after 2025. So Polish government is planning to introduce capacity market mechanism, which is now negotiating with EC.

The first of above mentioned reports was prepared by 3MLabs for the European Commission, the energy consulting companies headed by Prof. Pantelis Capros. Prof. Capros is the author of famous model PRIMES, which is used by European Commisssion for modelling of many important forecasts.

In its report 3MLabs analized also the influence of emission performance standard of 550 g of CO2 for 1 KWh of electricity. This standard is proposed by European Commission for capacity mechanisms in EU. Power plants which can’t  fulfill this requirements could  not be included into capacity mechanisms.
It certainly would exclude coal and lignite. This is hard to accept for Poland, where coal is still the king – more than 80% of electricity comes from hard coal and lignite. It should be undermine that 3MLabs did not analize if the capacity mechanism in Poland is needed.

3MLabs writes in its report: “We further assume that the supporting mechanism implements a Contract for economic differences (CFDs) which secures total cost recovery of the new solid-fired investments up to 2040. The CFDs include must-run obligations in the pe-riod of 2025-2040 (6000 hours annually) and a remuneration that allows for the recovery of all costs plus an economic rent (at 8.5% rate of return on capital). We preferred a CFD with must run obligation instead of a capacity remuneration support because only the former would make sure that the new plant will operate in a future market with escalating carbon prices; otherwise, the limited use of the plant would not reflect the policy desire to use domestic resources”.

WysokieNapiecie.pl: Why the report assumed rather CDF than the real capacity mechanism  which is proceeded.  Polish government does not plan any CFDs for new coal plants and must-run mechanism. The Capacity Market bill (which is just negotiated with EC in the pre-notification process) proposes auction mechanisms in which supplier of capacity must fullfill the obligation of supply for the request of TSO, but there’s no guarantee that it will produce electricity for specified amount of hours per year.

Prof. Capros: The reason of assuming a CfD rather than a standard capacity remuneration (auction based on not, it remunerates availability but foes not ensure operation pf the plant) is that we project a significant increase of carbon prices in ETS in the future (driven by the market stability reserve and additional measures), going to a level between 30-40 EUR/tCO2 in 2030 and to much higher values after 2030.

Therefore, even if a new lignite plant gets assured remuneration for part of capital costs in the capacity mechanism, it is going to be economically difficult for the investor to recover the remaining part of capital costs and the significant operation and maintenance fixed costs from a market strongly influenced by the high ETS prices. To illustrate the logic of our scenarios it was then more appropriate to make the CfD assumption. Alone a capacity mechanism will not be sufficient to ensure new coal/lignite investment in a context of highly increasing ETS prices.

In our scenarios, the development of RES is not driven by subsidies or feed-in premium mechanisms but from pure market economics, in a context of high ETS prices. So it is not the RES targets which are conflicting with coal/lignite investment but the ETS prices. The new projects of reinforcing the internal grid in Germany and a few other interconnections already planned in the 10-years plan of ENTSOE in the region, can solve the problem of loop flows, according to our modelling calculations, and thus allow for sharing balancing resources in the region helping the increase of RES on a market basis.

The argument about gas supply insecurity also does not hold. In our scenario, we include gas interconnection reinforcements, as in the plan of ENTSOG, which together with the development of a few new LGN terminals in the North can ensure diversification of gas supply routes and versatility in case of gas stresses (we did a model-based gas stress test assuming Ukraine gas flow stopping for one year, which did not pose problems in the context of the reinforced gas system in Eastern and North Europe). Finally, it is worth mentioning the assumption about string development of nuclear energy in Poland, which can be economically feasible in the context of rising ETS prices, according to our modelling.

This development together with rise of biomass exploitation in Poland, based on the vast resource potential in this country), implies significant energy independence and avoidance of gas import dependency, without developing coal/lignite further. Such an energy strategy is the most cost-efficient solution for Poland, able also to enable new economic activity, in a context of strongly rising ETS prices until 2050.

WysokieNapiecie.pl: One more assumption should be taken into account: Poland is struggling (during the continuing trilogue)  for 60% free of EUA’s for energy sector between  2020 and 2030.  We asked prof. Capros, if he analize the impact of these free allowances  for the system to 2030.

Prof. Capros: No, we have not studied the case of granting free allowances.
In an older study that we carried out on the same subject (not only for Poland), we found out that the most crucial assumption is whether the utilities will charge electricity at opportunity costs or true costs. A free allowance has an opportunity value, as it can be sold back to the market, if redundant.

Therefore under private market logic, a utility would have interest to fully consider the entire cost of ETS, despite the free allowances, and then behave as if she would pay the carbon prices. In this case, there is no rationale to ask for free allowances because there would be no impacts on the costs, the fuel mix and the consumers, while the state would get lower revenues than when allowances are in an auction. Only state-owned utilities acting contrary to private economic interests would make possible to see impacts from free allowances.

If the free allowances are dedicated to a new lignite/coal plant, then the impact for dispatching is practically the same as if there is a must-run contract (as with the CfDs). However, the time horizon until 2030 is too short for the economics of a new lignite/coal investment.
Today and until close to 2030, we foresee that most existing coal and lignite plant will continue to be ranked before the CCGT plants in the merit order based on variable operating costs of the plants, despite the ETS prices. 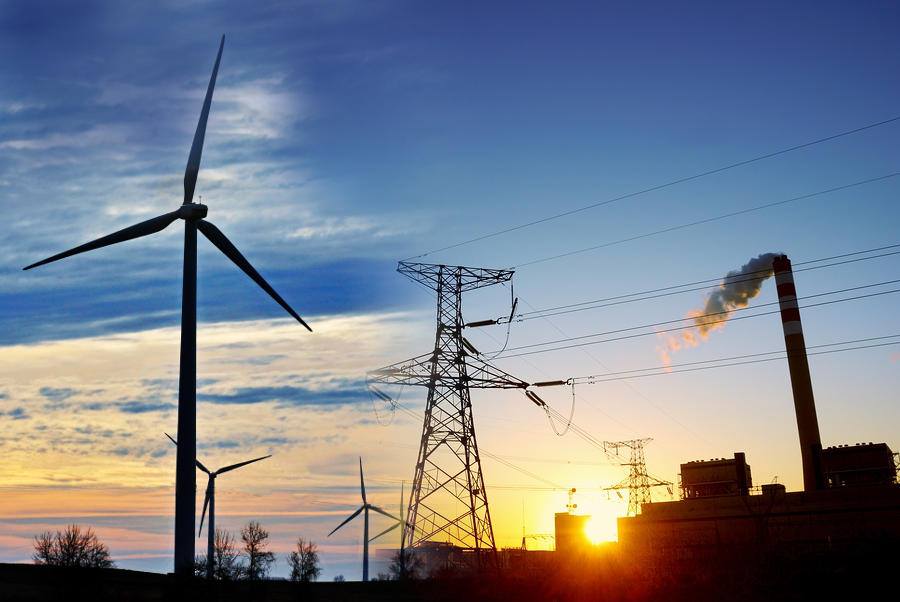 On 19 February 2016 a draft Wind Farm Investment Act (Draft Act) was filed with the Polish Parliament by a group of MPs from the ruling party.

The situation on the Polish-German border poses a threat of an uncontrolled outage of the grid in the EU, in a scale comparable to the infamous collapse of the western European power system in November 2006, Polish power grid operator warns in a report. The Polish government is asking the EU energy commissioner for help.

Poland's biggest power concern, state-run Polska Grupa Energetyczna (PGE) has recently written off some PLN 9 bln (EUR 2.1 bln) in a revaluation of its key power plants and plans to revise its business strategy. The group will scale down investments, attempt to cut costs and place more focus on the diversification of the fuel mix. 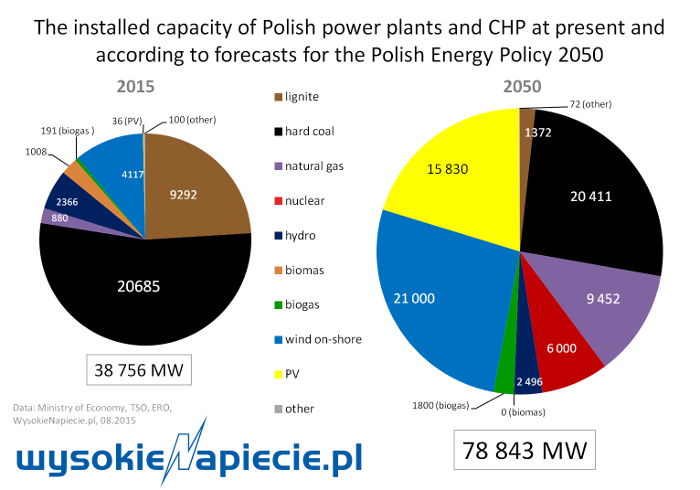 26.02.2021 • Magdalena Skłodowska
Pompy ciepła trafiają pod polskie strzechy
26.11.2018 • Bartłomiej Derski
Polish government: wind turbines will be scrapped within 17 years
02.05.2020 • Bartłomiej Derski
Coal production in Poland closer to the end than claimed by politicians
31.01.2020 • Bartłomiej Derski
Electricity production in Poland lowest in a decade. The smallest share of coal in history
CO2 hits record 50 euros. What is it going to mean?` The European Commission will not intervene in the market to defend it against “speculators”. The EU Emissions Trading System could be better, but you have to learn to live with what we have.
Who Killed The Ukrainian Electric Car?` It was 2016 and we were all intoxicated with the EV revolution in the world, hoping the trend would come to Poland as well. Together with CleanTechnica and a group of friends — EV enthusiasts, of course — we organized a series of events called the Cleantech Revolution Tour. I was responsible for the one held in Wrocław, Poland. That is when I first met Hanna and Arsenii from Ukraine, a married couple who simply had to be liked at first sight.
Maximum gas and energy prices in the EU? Support from Poland` The European Commission presented the possibilities of interfering with electricity trading at the wholesale and retail level. This is the result of pressure from some EU governments, frightened by the high power exchange prices. However, the majority of the EU is against profound interference in the energy market, as is the case with the CO2 market. Prime Minister Morawiecki wants, for example, the introduction of maximum gas prices, though.